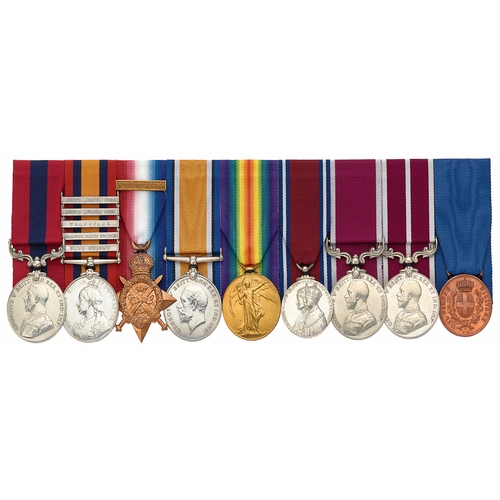 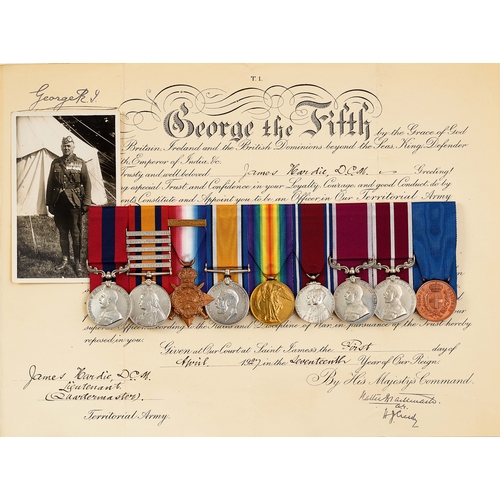 Distinguished Conduct Medal London Gazette 25th February 1920.“On the night 26th-27th October, 1918, near Cimadolmo, under hostile shell fire, he was invaluable in getting his company into position. On the 27th he showed fine devotion to duty and fearlessness, attacking strong point after strong point, and leading and encouraging his men. On being held up he volunteered and led a party forward, clearing the house and capturing the machine guns” Meritorious Service Medal London Gazette 3rd June 1918 (Italy) Italian Al Valore. London Gazette 17th May 1919.Captain Quartermaster James Hardie DCM, MSM was a native of Bucksburn and enlisted into the Gordon Highlanders in January 1900, he embarked for South Africa in April 1901 and remained there until the Battalion was posted to the East Indies where they would serve 10 years on the 14th November 1902. In 1912 he along with his Battalion was posted to Egypt, until being rushed back to the UK in September 1914. He landed in France earning the 1914 Star on the 4th October 1914. He was severely wounded and was sent back to England on the 21st November 1914. Returning to duty he was promoted to the rank of Company Sergeant Major and returned to France on the 5th June 1917. The Battalion was shortly afterwards posted to the Italian Front. Surviving the war he transferred to the TA and was confirmed a Warrant Officer in November 1921. He was commissioned to the rank of Lieutenant and Quartermaster on the 1st April 1927 then serving with the 6th (Baniff and Donside) Bn. He died in 1936 and was buried with military honours. 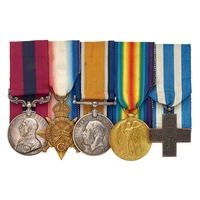 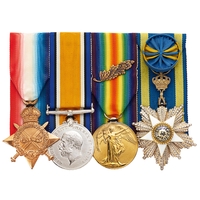